A two week concept modeltest has been performed at the Maritime research Institute Netherlands (MARIN). The test has been done to determine the motion behaviour of the Monobase in waves. The program included the transport, the installation and the in place condition of the gravity base.  The results of the test will be used to validate and tune the computer models. The tests showed that the concept is able to withstand the harsh North Sea environment. The observed mild responses during transport and installation shows that the weather risks will be very low making it possible to transport and install MonoBases during all seasons without large weather delays. 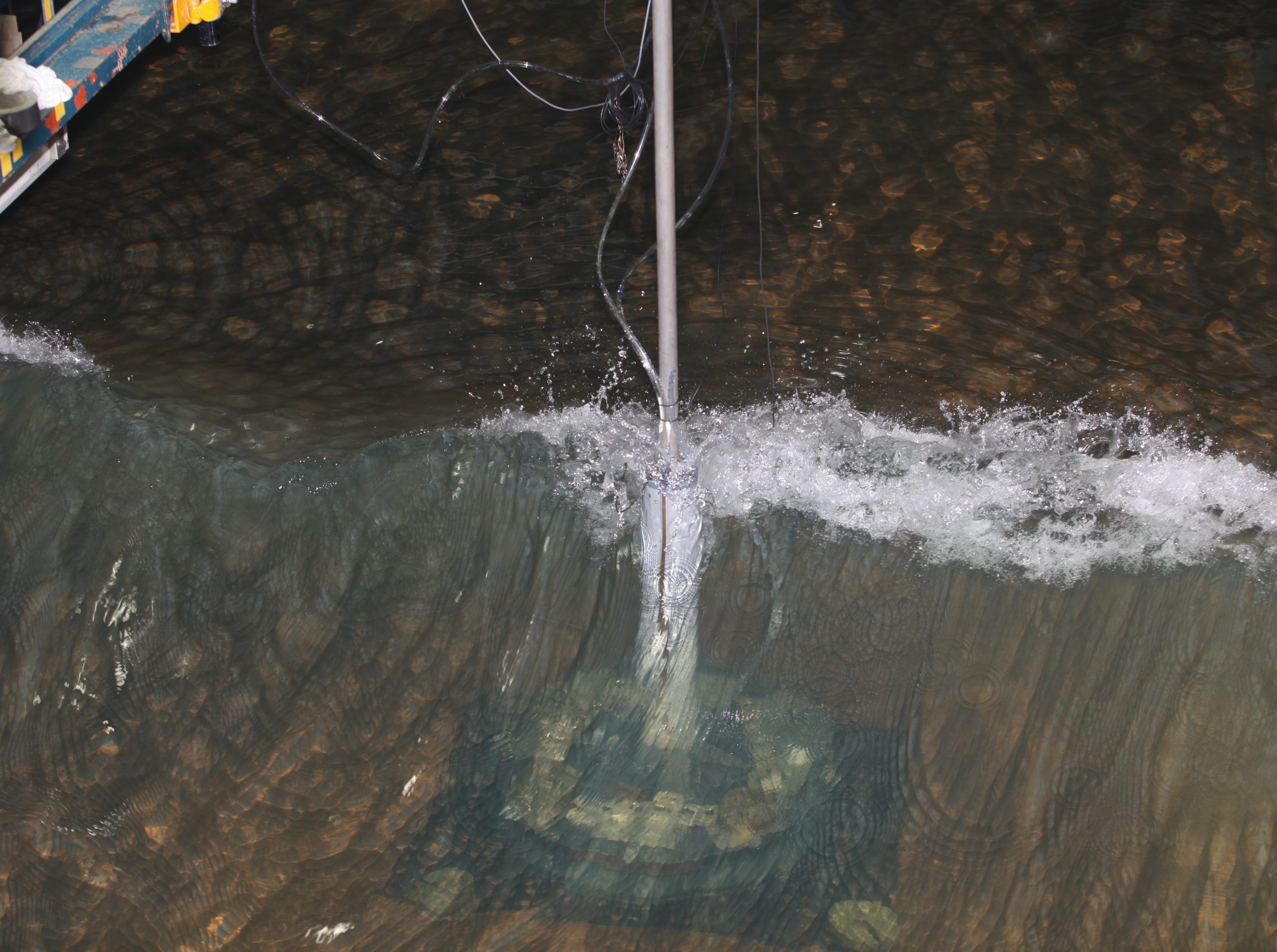