Orca Offshore has extensive expience in the design and analysis of offshore transports. The following services can be provided: 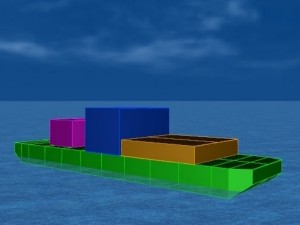 The transport model is an standardised service to perform a full hydrostatic and hydrodynamic transport analysis for heavy barge sea transports. The output of the model is a ready for issue report describing the used input, the models used and the results and conclusions of the analysis. The model runs on the Online Marine Engineerig server and uses the state of the art marine simulation software MOSES from Bentley.

The spectral structural analysis method is utilized to determine the  transportation loads in the cargo and on the seafastening. This method takes out a lot of conservatism compared to the conventional structural transport analysis. The maximum found accelerations are not combined in various loadcases to cover all possible combinations of the found extremes, but instead the motion and accelerations are resolved in the structural joints of the model. This approach will eliminate the need to combine extreme accelerations which in reality will not occur. 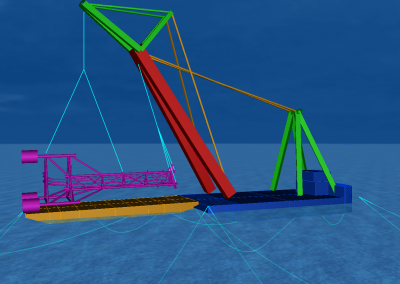 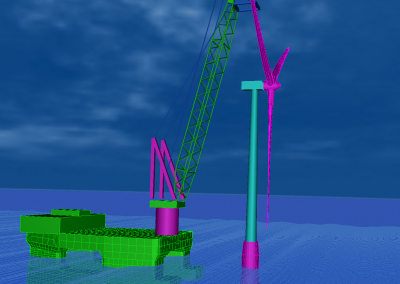 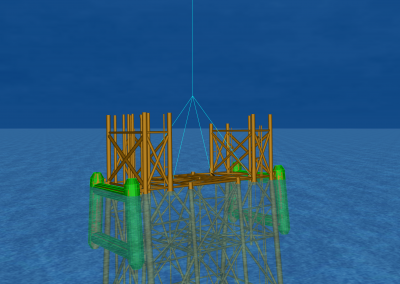 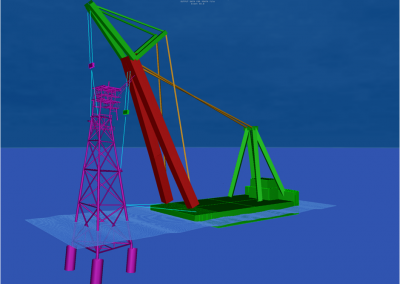