Orca Offshore was hired by Ulstein Seas of Solutions to perform a structural spectral fatigue analysis on the stinger of the pipelay Stinger of the vessel Petrofac JSD6000.

The analysis has been performed using MOSES which combined the vessel motion analysis and the structural analysis of the stinger in one model.

The structural spectral fatigue analysis covered a realistic operational profile of the vessel and environmental data as provided by the client.

For the pipelay mode the analysis has been performed with and without the pipe model in MOSES. This variation showed an large effect on the motion of the vessel and a significant effect the calculated fatigue damage of the two approaches.

Conclusion was that it is important to include the pipe in the motion analysis and the structural analysis to accurately capture the motions, accelerations, wave forces and interface forces with the right phasing. MOSES is one of the view programs that can perform such integrated analysis and take away conservatism and inaccuracies for this type of analysis. 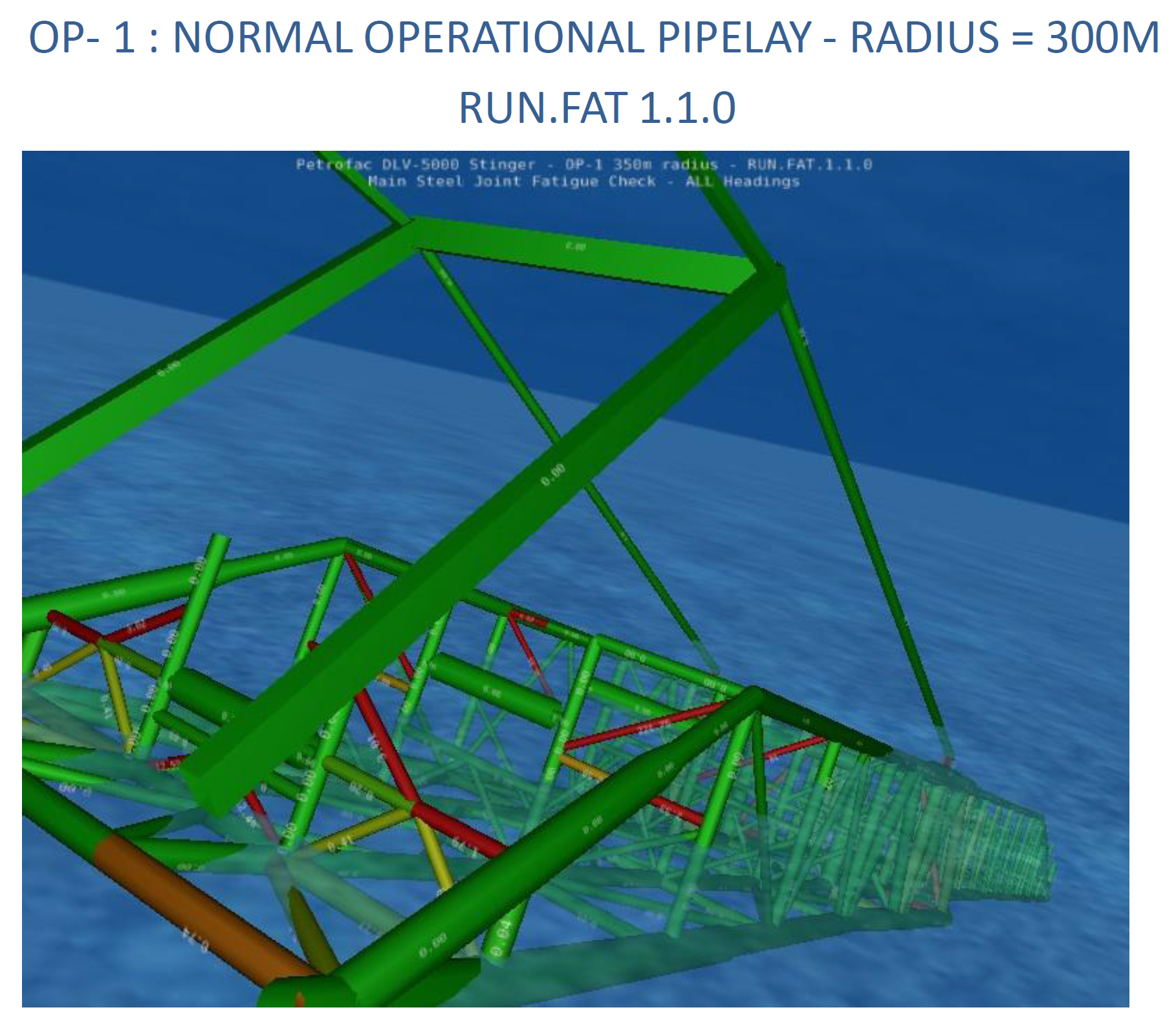 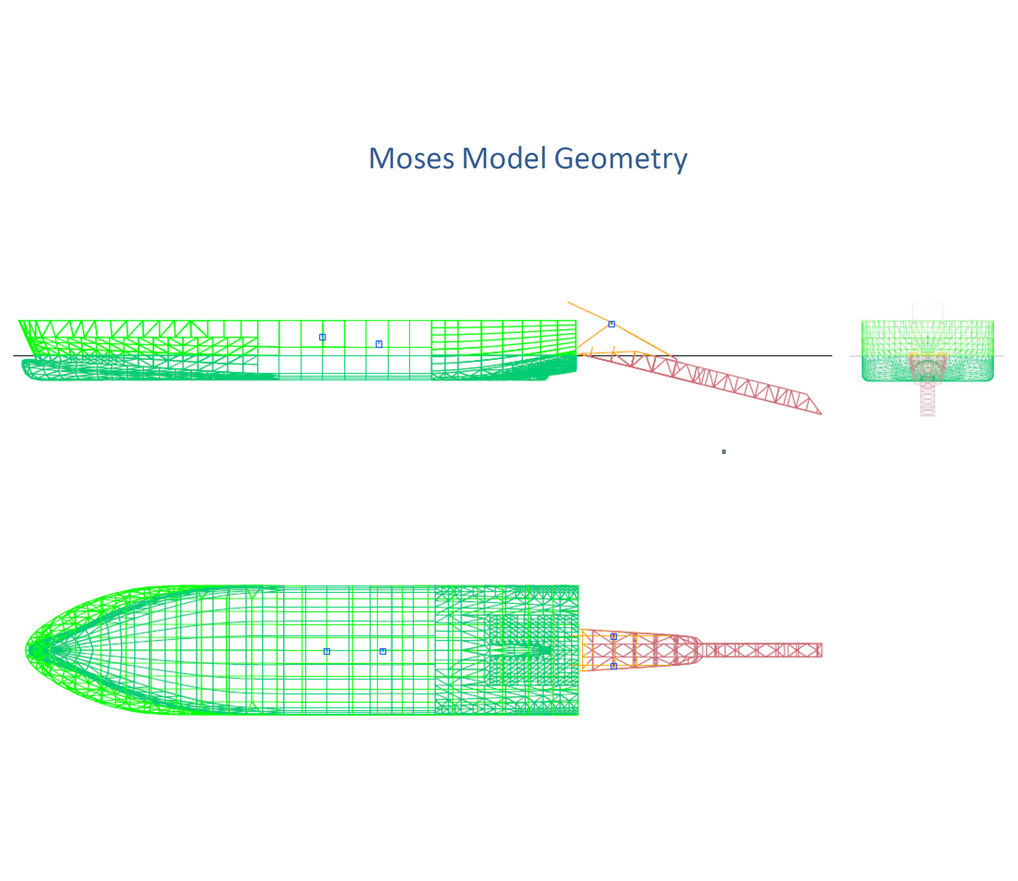 The vessel model including the structural model of the stinger. 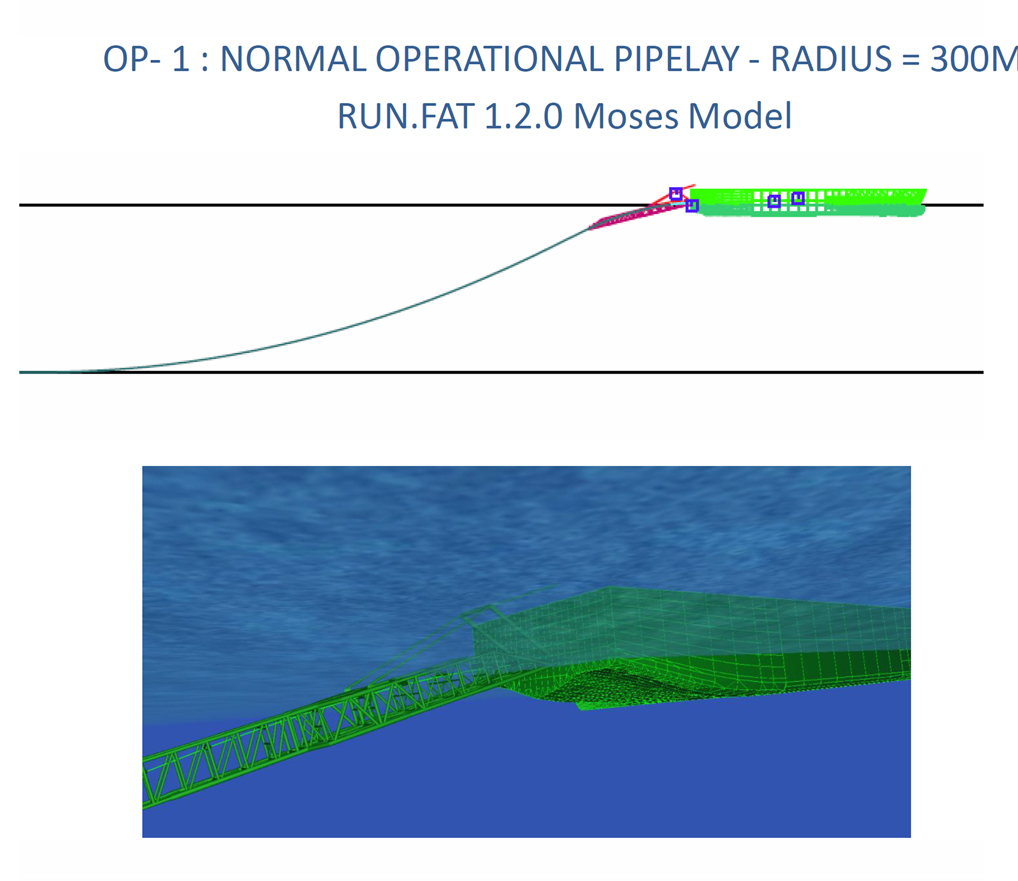 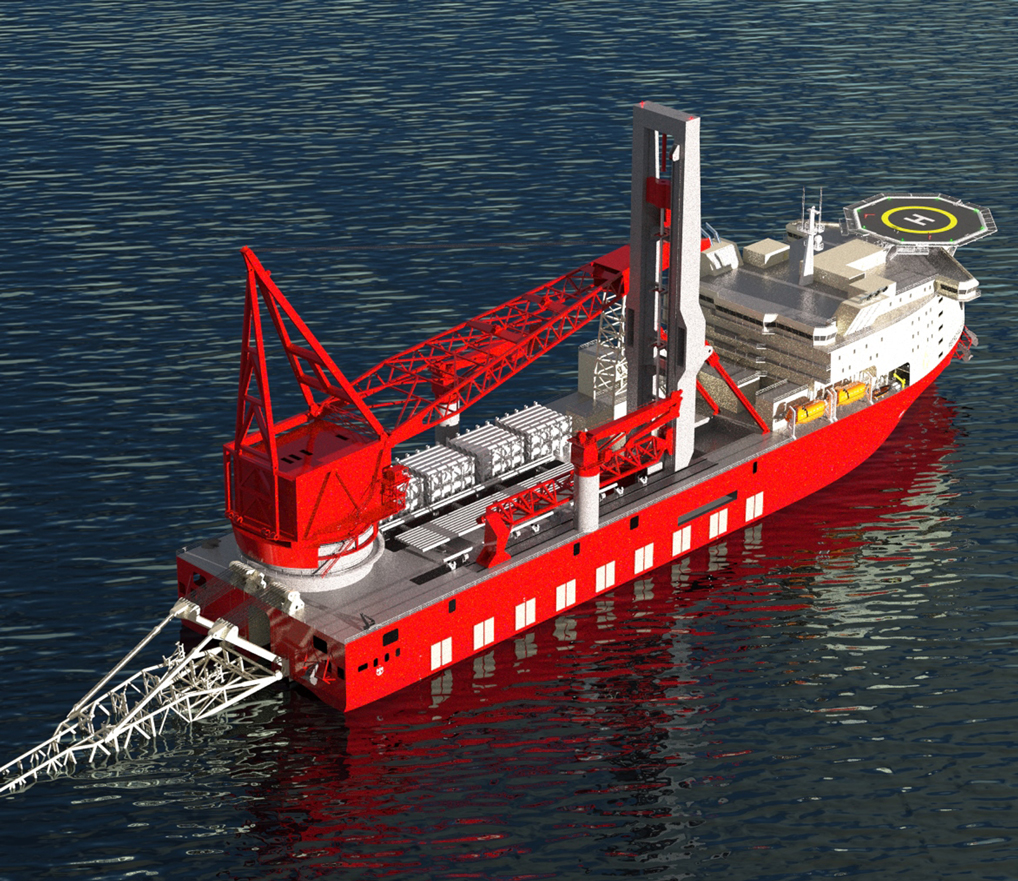